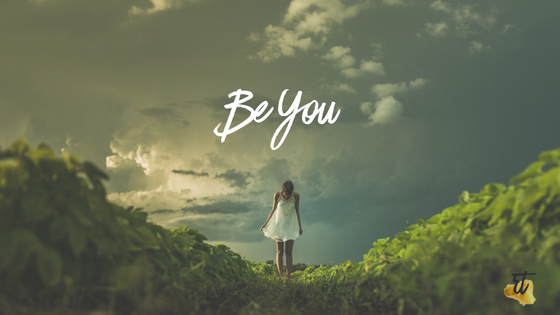 Anyone who’s read 3 Steps to Overcoming Fear might be thinking, “hmm…the voice in the article doesn’t sound a lot like the voice on the rest of her site.” And for anyone who’s thinking that, it’s pretty much true. But before I take you into why, let’s take you back, waaay back.

3 Steps to Overcoming Fear was my very FIRST piece of writing when I opened up shop as RBS back in 2017. RBS was a hybrid of my true passions – still being fully realized – and my corporate life, or what I would call my conditioned life.

When I wrote this article, I remember being so of myself proud. I had a friend edit the article for me. He too had left corporate and here we both were, ex-corporates trying to reach an audience with “our own voice.” But how far off the mark I was, I had no real idea.

As I moved through my journey with RBS, things were becoming clearer and clearer, I was running my own business, claiming it to be my passion when in reality, I had taken a very logic and business wise idea and presented it as a passion and love. And, to be really honest, I wasn’t lying about the passion instead, I wasn’t realizing the true passion that continued to bubble it’s way up to the surface, kinda like a chemical reaction – you can try to do everything possible to stop a volcano from erupting but when it’s ready to go, there ain’t no stopping it.

Fast forward to the day I stepped into being ME and doing what I TRULY LOVE.

RBS was no longer a viable option for me, I had to shift gears and so she came to be Ravi Toor.

Changing brands means changing E.V.E.R.Y.T.H.I.N.G. I mean, everything. Website, social, messaging, and…blogs. But I didn’t have time to write a new article with all the changes happening, so I recycled an older article I was super proud of, 3 Steps to Overcoming Fear. There she was, sitting pretty on my new site. A bit of a nostalgic feel to a new journey. And so I went on with #allthethings left to do on my list.

A few days went by and I had this sneaking suspicion, after reviewing my Google Analytics, to review the article again. I mean people were going to the article, spending time reading it, so let’s just see what they’re absorbing. Heck, it had been some time since I had read it myself. So, off to the article I went, and I read…and I read, then I realized, WOW, that’s so not my voice!

I mean, this article, as “great” as it was in my head and for the time it was written, it was so not me. It was so…what’s the word, corporate. Let’s take it a step further, it was so…conditioned.

What the hell do you mean?

You see, when I wrote the article, there were a couple things going on:

Number 1: I was trying to convey my experience with fear in hopes it would help someone learn and grow from their fear.

Number 2: I was trying to write in my voice even though I hadn’t completely found my own voice, I mean, it was still the voice of my past, my conditioning.

I had taken what I had learned from my corporate days, NGO days, and all the other days I had lived through and thought, this is how I “should” write. SHOULD – ha ha ha!

And because of that, I wrote this piece in the voice of those who I had learned from, those who had told me where every comma was supposed to go, how words were to be used, how to be professional and most of all, how to sound “sophisticated.” Within all of that, I lost my voice and remained conditioned to who I had become.

When I stepped into Ravi Toor, I stepped into my own voice. I’m telling you, everything in my head is coming out through my fingertips onto the web pages I’m writing on. And, the flow! I mean, it’s sooo easy.

The internet is a crazy amazing place, it’s a place of opportunity. In my opinion, it’s the NEW land of opportunity. But, this opportunity comes at a price. The price is your identity. I learned quickly, I had to lose the conditioning I had developed over the years in order to really break through the noise on the internet. I realized I had to seriously allow myself to type and say whatever the fuck I wanted because it’s who I am and operating from a place of true self and maintaining integrity made everything easy and people are attracted to real shit.

And so, when I went back and read 3 Steps to Overcoming Fear, I realized, I was never hitting the right audience or reaching the people who really needed to hear about fear because the words on the page were just…I guess, someone else’s.

Pay attention to your conditioning and start to release what you can as it comes into your conscious awareness so you can BE YOU! The internet loves YOU, people in the real world love YOU and let’s get real, the world could use a ‘lil more REAL YOU. And when you’re coming from the REAL YOU, you attract real valuable stuff.

And remember, the internet can smell fake and you, well you can feel fake. Stop struggling with yourself and just unleash your true self. Step into YOU because there’s nothing more Badass than that!

I’m going to leave 3 Steps to Overcoming Fear up as a reminder to myself, and you, we all have a story but most of our story is told by the voice of those who’ve taught us, impressed upon us, and who have crossed paths with us. The more we’re reminded of this, the more we can all start to make the little changes we need to step into our truest selves so we can tell our story from our own true voice.

Let that narrative be yours.